Today, October 10 is World Mental Health Day, so I thought I’d take this opportunity to stray from the topic of running to write about another major theme in my life.

Maybe it is slightly related to running because maybe my passion for the sport started as a relief from stress or an escape from bouts of depression I deal with on a regular basis. I know many other runners have opened up about similar struggles during long miles spent together on the trails.

The picture below was taken around this time last year, shortly before I left Northern California to go back to New Jersey and stay with my parents for a little while. It was one of the days I couldn’t get out of bed and couldn’t stop crying. It wasn’t even my bed because I was essentially homeless and felt completely hopeless. 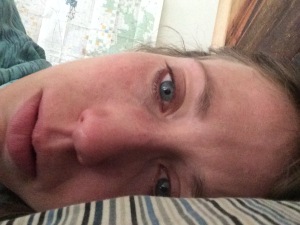 My mental health at that time was slipping into the danger zone- a dark place I haven’t visited since my teens. I was hit by a wave of depression so strong I feared I wouldn’t be able to stand up against it much longer, so I ran back to a safe space and let it all go.

I remember it starting with me breaking down in tears at random times with no trigger. I would get dressed to go for a run and start crying. I would be driving to a meeting I was covering for the newspaper and begin sobbing uncontrollably.

And sometimes I would just feel paralyzed by it.

For some reason, I thought it would be a good idea to document my depression by taking photos but I didn’t know what to do with them until just now. I’m glad I have these photos.

I’ve opened up to some people about my history of mental illness, but it’s still something I feel wary talking about because of the stigma and shame I grew up with.

One thing I remember vividly from that time last year, before I disappeared, was standing in front of a shaded window with my eyes closed, trying to reach out psychically to all the other people in the world I knew had to be experiencing the same kind of pain. Or, even worse, apathy. I tried to reach out to all the survivors I’ve shared stories with and the ones I’ve never even met, just to know I was not alone.

Or, even worse than pain… apathy. Numbness.

I tried to reach out to all the sweet souls I’ve shared stories with as well as the ones I’ve never even met, just to know I was not alone.

Because that was what really got to me when I was younger- feeling so isolated and so alone. Like a freak. Like there was something inherently wrong with me.

But now I’ve made it to my 30’s. I’ve seen some majestic places and met some extraordinary people. Even at my lowest point, I know I’m not alone.

Mental illness is something I wish was easier to talk about because so many of us deal with it.

Here’s a fun infographic from NAMI that illustrates my point: 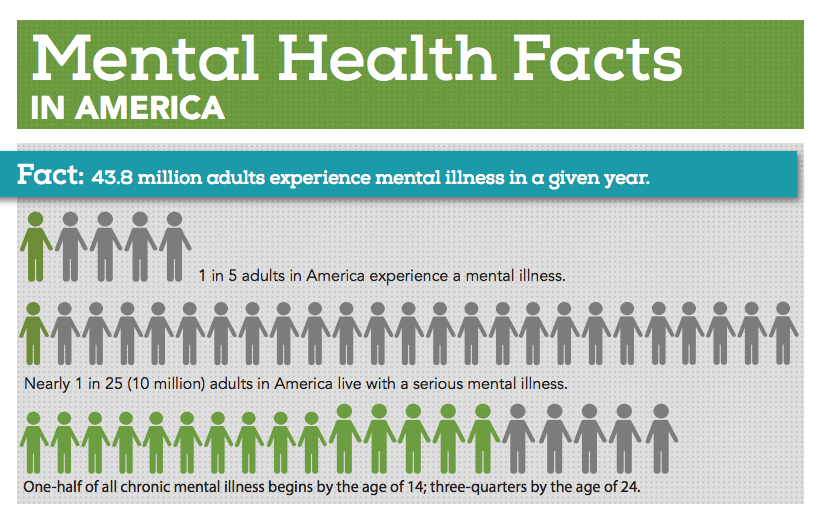 1 in 5 adults- that means you definitely know someone who can relate to what I’m writing. Or maybe that person is you?

If it is, know that you’re not alone. I mean really, deeply know. And if you have my number you can always use it.

It’s taken a lot for me to be this honest with myself (and the internet.) I just got tired of saying I was fine and I want to live in a world where I don’t feel like I have to.

Anyway, a lot of people asked why I left Mount Shasta so abruptly and then came back again. So there it is.

Please go hug someone for me (or a dog).